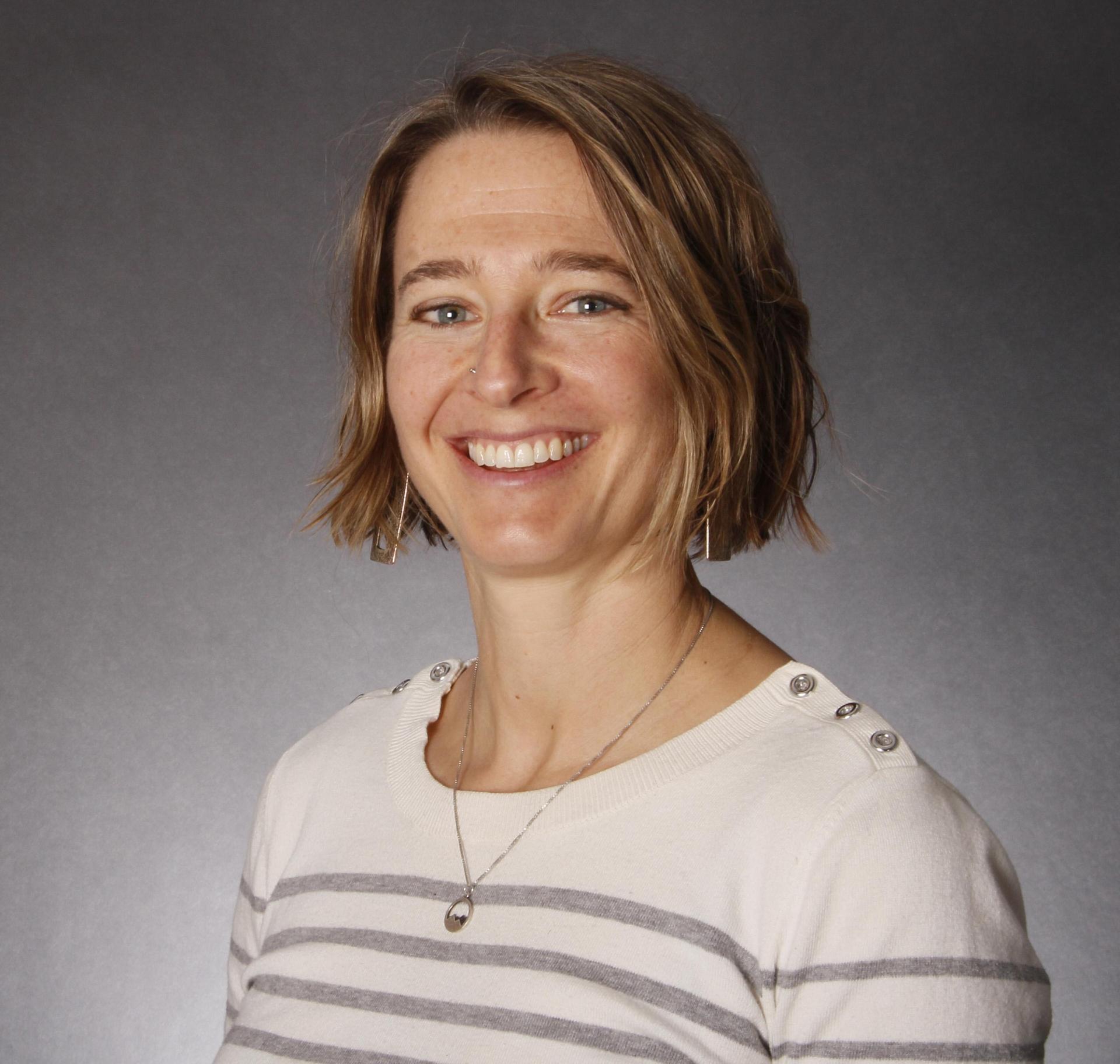 Erika Brown was appointed to the Board of Education on February 25th, 2020.  She got involved in education when her twins started elementary school, and volunteered in the classrooms, at the school, and joined the Needham School Accountability Committee (SAC). In 2019 she deepened her understanding of and engagement with the district through Leadership 9R. Erika is a passionate believer that empowering all students to become lifelong learners, reach their fullest potential, and give back to their communities and the world is the most critical work we can do.

Erika was the Communications Manager for San Juan Citizens Alliance, a regional environmental advocacy organization, and served as the co-chair of the Sustainability Alliance of Southwest Colorado (SASCO) Board. She has a degree in B.A. in Biology from Brown University and a Master of Science and Technology with a focus on Environmental Policy and Communication from the University of Utah.

Erika moved to Durango in 2011 with her husband, Dr. Patrick McLaughlin and twins, Emery and Mason McLaughlin, who attend Needham Elementary. She enjoys hiking, biking, and running the trails, reading, yoga, gardening, traveling, camping, laughing, and spending time with her family. 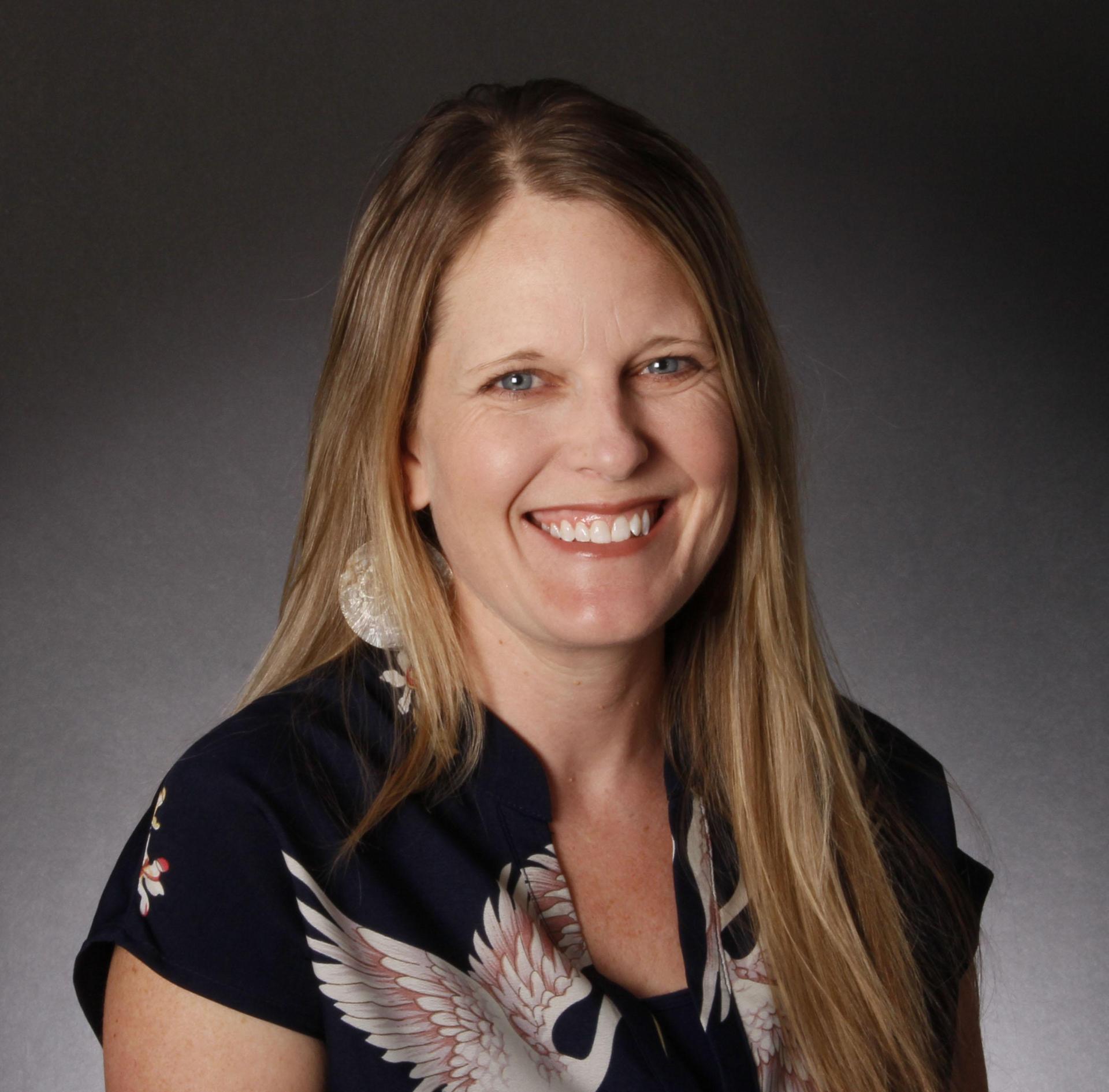 Kristin Smith was elected to the Board of Education on November 5, 2019.

Kristin’s passion for education began as her son, Asher, who has special needs, started school. She began to see the educational benefits for Asher when he was included and educated in his grade level classroom. She became an advocate for school inclusion of her son. She firmly believes that All students have strengths and that All students can succeed.

Kristin has been serving in Durango Schools for 7 years.  She has served as the Needham Elementary PTO President, Juniper Parent Action Committee Leader, Miller Middle School PTO Secretary and Vice President, and on the BOCES Special Education Advisory Committee.  She completed the first ever Leadership 9-R courses.  Kristin has also served in the schools as a volunteer advocate for students who have special needs. Kristin has been an active classroom volunteer and thoroughly enjoys working with Durango students, teachers, and parents.

Kristin is currently serving as the Board President of the Adaptive Sports Association. She is also a volunteer for the Red Door Youth Group. She loves serving the Durango Community!

Kristin has a BA in Communications from Whitworth University. She currently works in Home Health.  She is married to Beau Smith and has two children, Asher (15), and Eden (12). Kristin enjoys spending time with her family, skiing, paddle boarding, running, playing the ukulele, reading, and caring for her chickens and family pets. 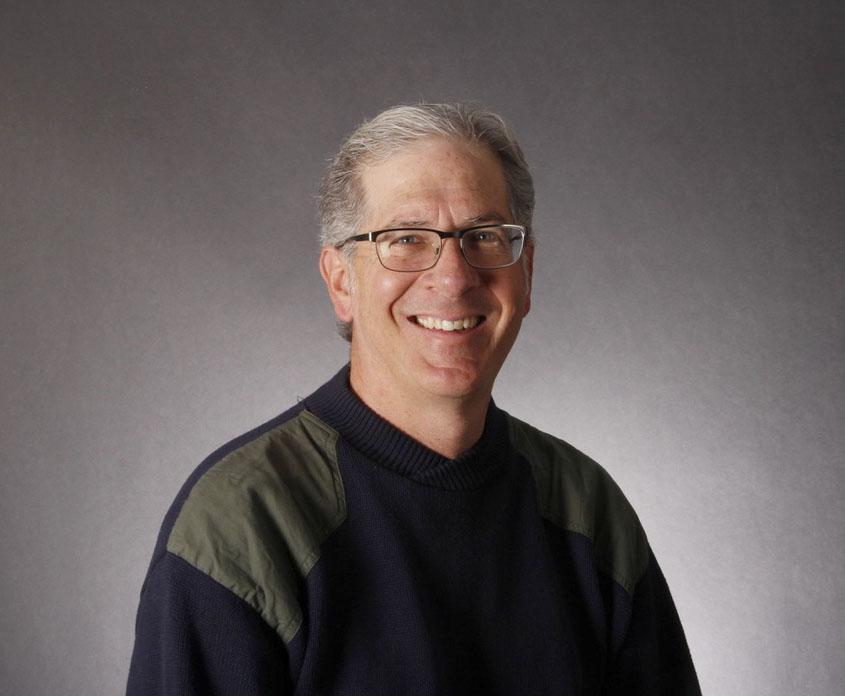 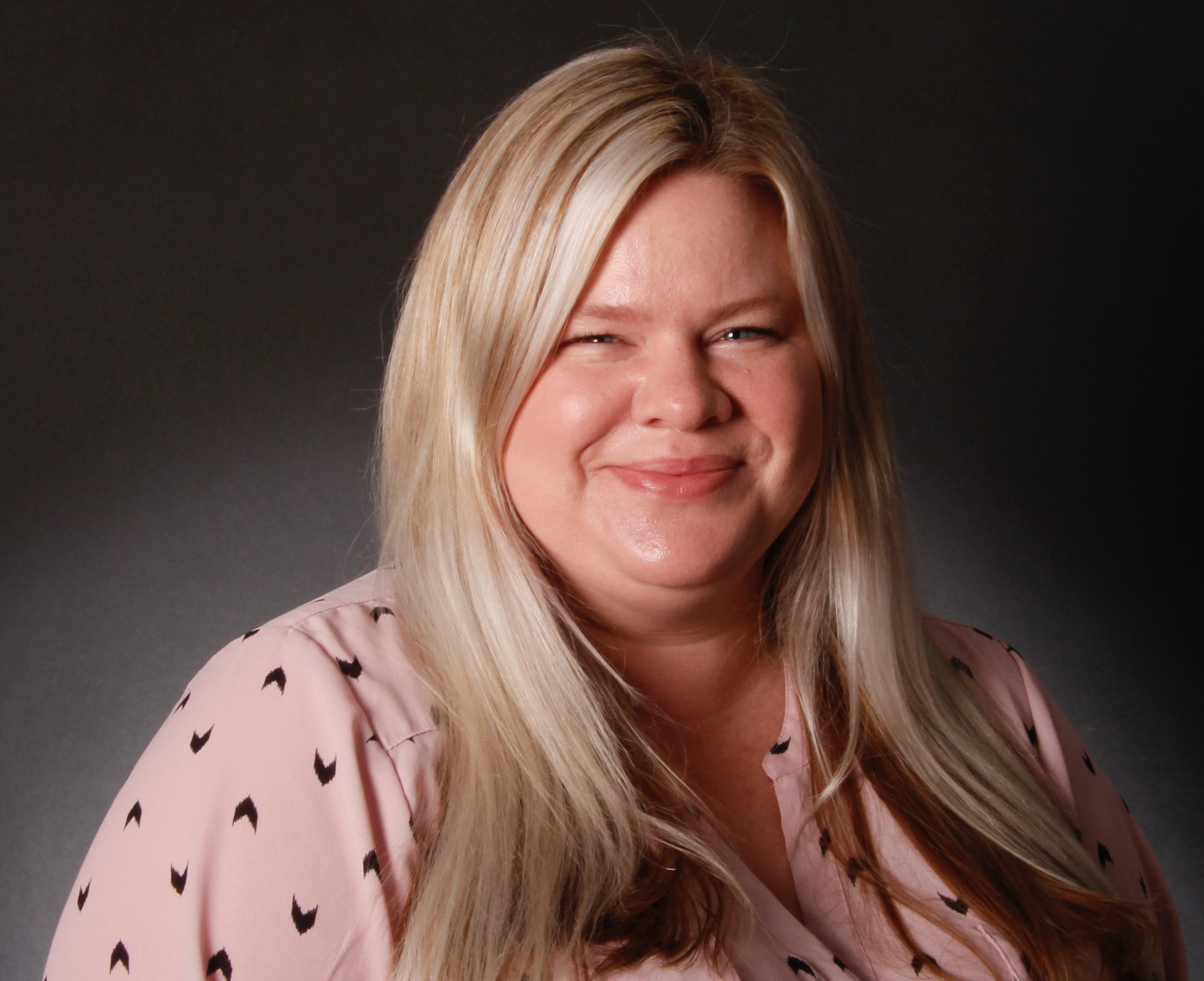 My heart has always been in Durango. Growing up I spent my summers here with my grandmother, staying in the house in which she grew up with her eight siblings, where she raised her four children, my mother included, and where she shared her love of education. My grandmother taught English at Durango High School for 20 years, inspiring countless students to never end sentences in prepositions, and her own children to become teachers: my mother and aunt.
​
In August of 2006 I moved back to Durango after college, enrolling my soon-to-be six year old son at St. Columba because it was family tradition. Noah, my now 21 year old son, built lasting friendships and moved grade to grade without issue. I learned the value of volunteering my time at the school and built my own lasting friendships that I cherish. I met my husband, Dan, volunteering at St. Columba. We blended our families and grew, I became a second mom to Jacob (17) who is now a Junior at DHS, and together we became parents to Benajmin (10), Lilah (8) and Owen (5).
​
As Ben and Lilah started attending elementary school at St. Columba we soon realized they both needed more than St. Columba could offer. In 2016 our daughter Lilah, at the age of three, was diagnosed with an anxiety disorder called Selective Mutism. This warranted and Individual Education Plan and speech services, which Durango School District happily provided, but it was limited because of Lilah's attendance at St. Columba. In 2018, at the age of seven, Ben was diagnosed with bilateral moderate sensorineural hearing loss. Ben had been struggling in school and Dan and I had hoped hearing aids would be the help that he needed, ignorant of the assistance that Ben really needed in the classroom to navigate learning with hearing loss. And a year later when Ben was diagnosed with severe ADHD we decided it was past time to find the best education for our children: Durango School District 9-R.
So what do I bring to the table? Usually a tasty dessert. But also years of experience in the non-profit sector: fundraising and volunteer management. I bring 21 years of parenting experience, five kids, and 40 years of lived experience. I bring not only a willingness to listen, but to learn. 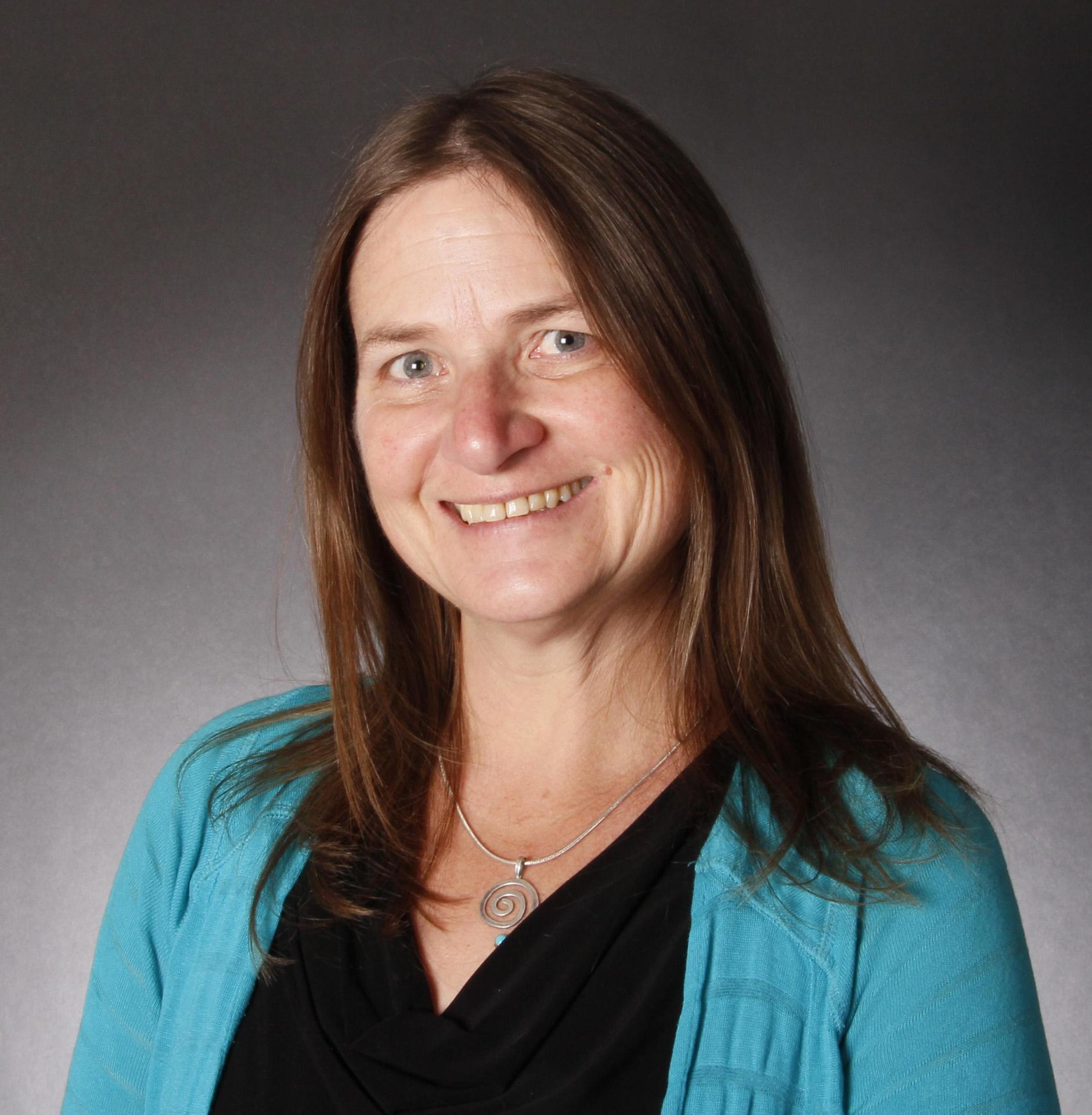 Andrea Parmenter has been actively involved in 9-R schools for over a decade, since enrolling her children at Needham Elementary - where they were third generation attendees.  Andrea started by volunteering in her children’s classrooms which led to her to serving in officer roles for seven years on the Needham PTO. Andrea also served 7 years on the Needham Elementary School Accountability Committee (SAC), and is currently serving her 6th year on the Miller Middle School SAC. Andrea is currently in her 9th year on the District Accountability Advisory Committee (DAAC), of which she was the Committee chair for 5 years. In addition to her other involvements with the district, she has worked in program and event participation, such as completing the Leadership 9-R program in its inaugural year. Twelve years of volunteering in these varied capacities within 9-R has allowed Andrea to gain a deep understanding of the operations in local schools, legislative impacts on the District, and the role of the Board of Education.
Andrea currently works as a consultant in Leadership Management and Economic Development and delivers custom training to small businesses throughout Colorado Region 9. She has an extensive background in research and program management, teaching at the college level, business development, and instructional design. Andrea’s excels at critical thinking and problem solving, prioritizing wants and needs, and her strong organizational skill set.
Andrea has a Bachelor of Science in Geology with minors in Chemistry, Environmental Science and Spanish and a Master of Science in Earth Science (with focus on physical Geology and Geography/Remote Sensing and GIS). She has two children, Elena (16) and Asher (13). She is an avid skier and mountain biker and feels fortunate to live in Durango with easy access to both the mountains and the desert. She enjoys traveling, reading, cooking, gardening and time spent with her pets and teenagers.