Board of Education Approves Purchase Agreement with Fire District 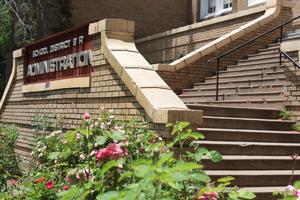 Now that the Board of Education has approved the sale of the building to the Fire District, the proposals received and evaluated by the Board of Education are now public, as real estate transactions are confidential until contracts are signed.
Here is a summary of the four offers that were considered before ultimately approved the proposal from the Fire District:

All parties were provided with information from the District's real estate brokers that included a $10 million dollar figure including Buckley Park and the 3rd party appraisal of Buckley Park which valued the park alone at $3.47 million. Again, this sale does not include Buckley Park.

The Big Picture campus will remain on site through the 21/22 school year and the district is working through central administration plans in coordination with negotiations on the Buckley Park parcel.