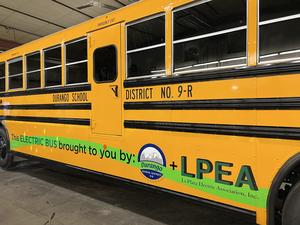 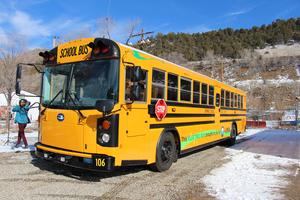 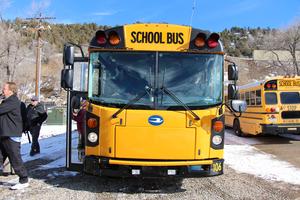 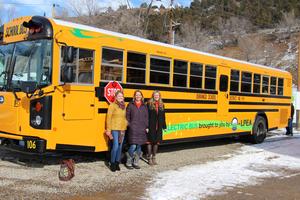 “This is a really cutting-edge project, not just for this area but for the whole state,” said LPEA CEO Jessica Matlock. “V2G installations are the future because they enable our grid to operate with a higher degree of flexibility. This technology will enable big cost savings by allowing LPEA to avoid the purchase of expensive on-peak power while aligning the charging of the bus with times of less expensive renewable generation.”

The bus will service the area south of Durango, supporting students attending Escalante, Florida Mesa, and Sunnyside. It will travel roughly 75 miles per day on a standard route but will have enough charge to travel 150 to 200 miles if needed. When empty, the bus takes three to four hours to charge its 155-kWh battery fully.

As the first V2G installation in Colorado, the bus will use Nuvve Holding Corp.’s (Nuvve’s) V2G platform to pull electricity from the grid to charge and store energy during inexpensive off-peak hours. It will also allow LPEA to pull electricity from the vehicle to the grid when demand is at its peak. This technology transforms the bus into an energy storage asset that provides flexibility and can help reduce costs for LPEA’s members.

Electric school buses have big batteries and are parked for most of the day, making them an ideal use case for V2G technology. When fully charged, the bus stores enough electricity to power 30 average single-family homes, or 100 energy-efficient homes, for a few hours.

“LPEA is setting an example for other co-ops in the state of Colorado with their commitment to bring new solutions that help benefit their members and community,” said Gregory Poilasne, chairman and CEO of Nuvve. “We have enjoyed working closely with LPEA to introduce our V2G solution to Durango, the first of its kind in Colorado, and look forward to a long partnership with them.”

“I am very excited about the electric bus being added to the fleet,” says Daniel Blythe, Director of Transportation for Durango School District 9-R. “We are grateful for the partnership with LPEA on this project and the grant funding we received to bring this new technology to our area and to continue to reduce our carbon footprint.”